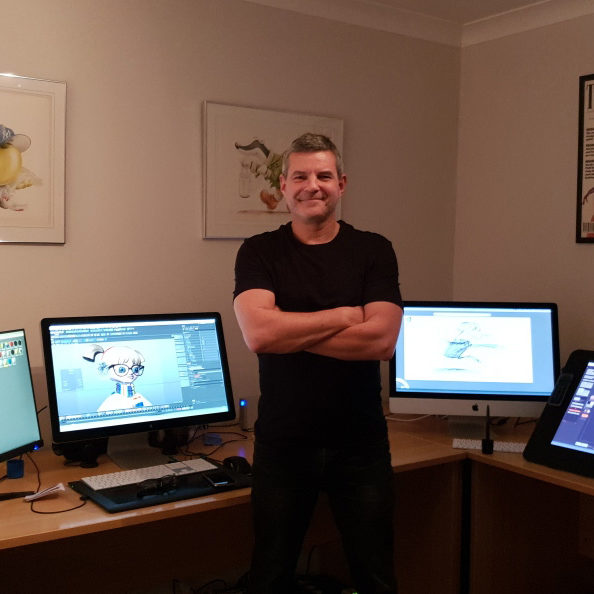 Bill Ledger is an English London-based 2D and 3D cartoon illustrator and animator. His character design has led to working relationships with Disney, Hasbro, Mattel and many more. His designs for Nickelodeon’s ‘Those Scurvy Rascals’ won 2 British animation awards and he was commissioned by the British Olympic Association to design Pride the Lion for the 2012 Olympics.